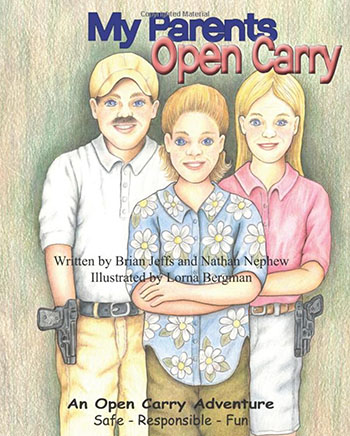 The creepy eyes of My Parents Open Carry seem like a hallmark of bad drawing, but there’s a deeper truth here. Anyone who wears a gun on their belt when they go to the store is an insane, creepy asshole. Without dipping into the pool of argument that constitutes firearm politics in the United States, we can all agree that a dead-eyed couple wearing guns on their belts in the bologna aisle at Wal-Mart are assholes.

I’m not talking about rights or self-defense. I’m talking about a man squeezing and examining the diaper packages, and the metal of his gun clangs against the modular shelving, over and over, as he stands on tip-toe, working his fingers to the back of the shelf to get some Huggies no one has touched.