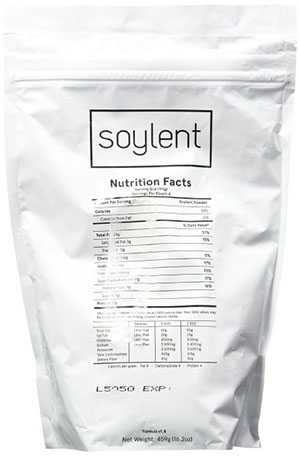 Earlier this month, I wrote about how Soylent Food Bars were causing uncontrollable vomiting and diarrhea in people who ate them. The company announced today that they’re halting sales of Soylent powder for the very same reason, continuing to claim that food poisoning is not the culprit, despite the symptoms of people who ingest their product being identical to the symptoms of food poisoning.

In true libertarian life-hacker fashion, though, you can still purchase Soylent powder from third parties, and Soylent devotees continue to discuss their consumption of this literal pap with each other on the Soylent forum, from “Causing White Specks/Flakes In Poop” to “Anyone Slightly Nauseated After Drinking” to users in the “Nausea And Vomiting” mega-thread offering to buy uneaten death-bars from each other now that they’re no longer officially available.