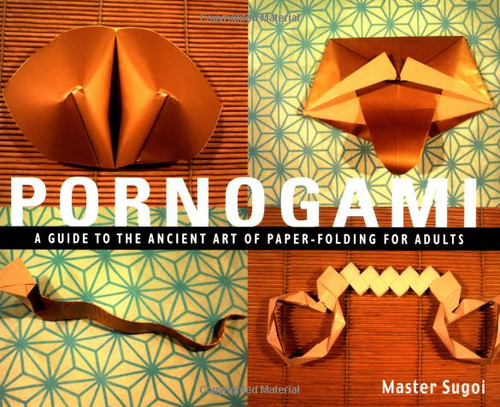 Sometimes I’ll see a product and immediately know that someone thought of a title first, and then said “I could make a thing called that.” The book Pornogami is one of those products.

The origami in the upper-left is called “Breasts”, to give you an idea of how unsuccessful the execution of this idea turned out. You can flip through the preview of the book to see “Rope”, “Condom”, “Sperm”, “Penis” and “3-D Penis” if you don’t believe me, though.