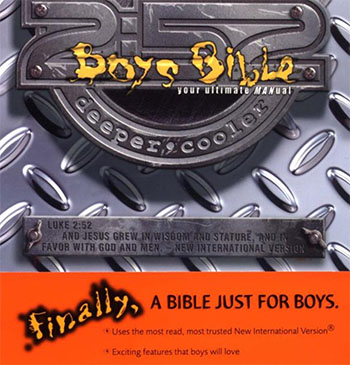 The Boys Bible brags “Finally, a Bible that’s just for BOYS!” Apparently the stuff about beating and stoning your wife was too girly.

Is there a Girls Bible? Yes, and it’s called “faithgirlz.” 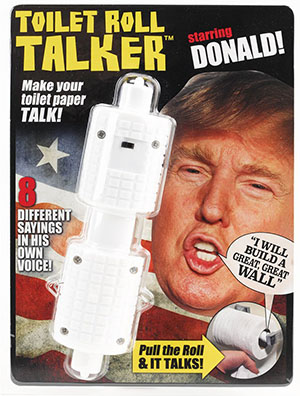 “PREPARE FOR SOME SERIOUS LAUGHS,” promises the manufacturer of this Donald Trump toilet-paper roll. It’s, not surprisingly, purchased with this roll of novelty toilet paper. 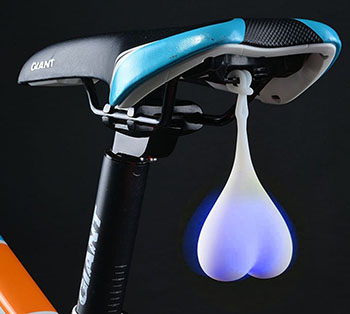 How could you invent BikeBalls and then sell it as “Heart-Shaped Bike Light”?! You could have at least asked a few cyclists what it’s like to ride a bike and called them NumbNutz or BlueBallz. 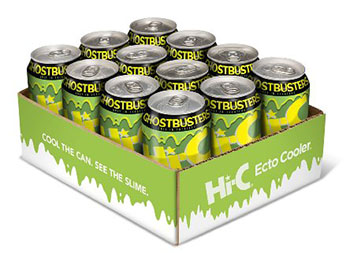 Those who do not remember the past are doomed to repeat it, and those who loved trash the first time will ironically or unironically love it more the second time. Ecto Cooler Hi-C is no exception.

You’ll need to see the full size of this one, so I won’t post a tiny version: it’s a pillowcase of Macho Man Randy Savage elbow-slamming Jesus as he looms over the entire Earth. 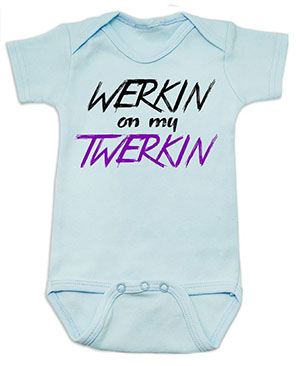 When I am older, I shall perform the ass-dance, as my elders have instructed. 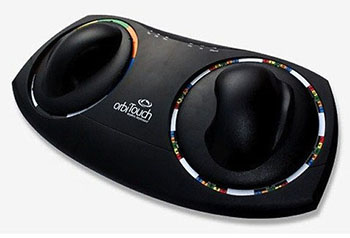 An alternative input device for people who can’t use keyboards for one reason or another is a great idea. This thing probably doesn’t fit the bill, however, because it’s crazy expensive for two joysticks in a plastic box. And, as one reviewer noted, the motion for the “tab” and “k” keys both very nearly also press F5, meaning that you have to use it slow and carefully or you’ll refresh your page, clearing everything you’ve been laboriously joystick-typing.

For those with repetitive-stress or chronic pain, the SafeType is equally expensive, and has mirrors attached to it, and looks insane, but seems to actually work. It’s no wonder people have wrist and arm problems when some of us are apparently spending hours using an iPad bolted to a toilet-paper holder.