These knives fit inside each other, which looks neat, but they cost $741.00 for a set of four. Also, the blades are hollow, and the handles are squared-off and awkward.

But it has a bunch of funny reviews, so not all is lost here.

The EZYolk is a $9.99 rubber gadget that you squeeze over an egg to suck the yolk up into the green bulb. Then you squeeze it out into a separate bowl.

This would be a great idea if you couldn’t separate eggs by cracking an egg into your hand and draining the whites through your fingers, or by cracking an egg and pouring the yolk back and forth between the two halves of the egg.

Don’t cry for EZYolk, though, since humanity could be defined as the only species on earth to pay money for things it could get for free, with less dishwashing. 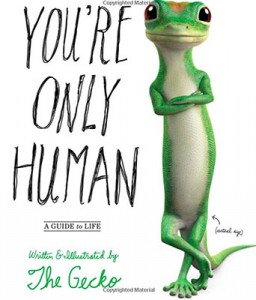 Do you need a book on how to exist as an alive person in the world? Then you might as well get one “written” by a fictional lizard invented by GEICO, an insurance company, to convince people to buy their insurance. People who have watched paid advertising involving this computer-animated talking lizard love the ads so much that they bought the book. It has 10 customer reviews, all of which have four or five stars.

For every one of us who enjoys novel, visceral tales of human accomplishment and emotion, there are a hundred living, breathing bipeds that keep the coal plants running so they can watch advertising late into the night.

You sure about that, shirt? 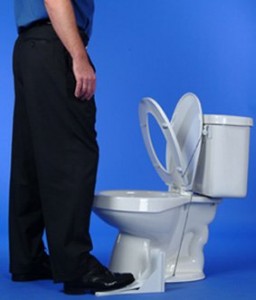 Contrary to the manufacturer’s claim, Flipper, a foot lever hooked to a string that Rube-Goldbergs your toilet lid up and down, won’t “save your marriage.” You’ll need communication skills and two fewer kids to do that.

Having a sticky pad on your car’s dashboard to hold your keys would be really handy… IF THEY DIDN’T HAVE TO BE IN THE IGNITION TO MAKE THE CAR DRIVE. 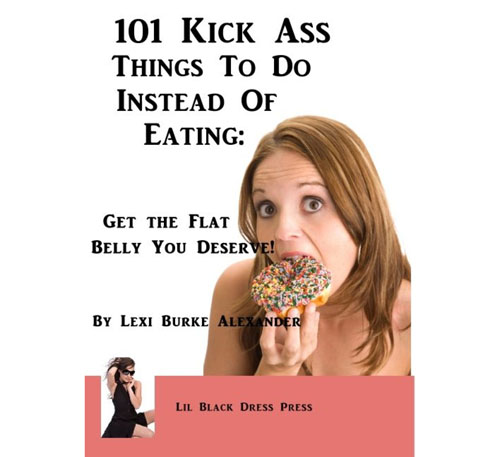 The author of this book describes herself as a “health and beauty researcher.” I won’t deny you the pleasure of clicking thru to the book preview and reading some of her 101 Kick Ass Things To Do Instead Of Eating, but I will say that telling someone to go on a jog instead of eating doesn’t require that much of an investment in health and beauty research.

It’s fucked-up enough to write a book encouraging women to develop or deepen their eating disorders by telling them they “deserve a flat belly” and that they should clean their house instead of eating. What pushes this one over the edge is that the first book was so successful the author wrote a sequel.