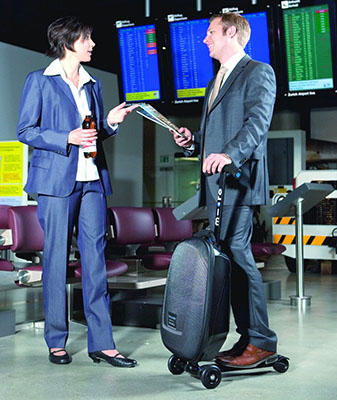 This is definitely a thing you wanted, right? This $299 suitcase with a built-in scooter? It’s perfect for your lifestyle of scootering places with a small amount of possessions in a tiny suitcase that’s attached to a scooter. 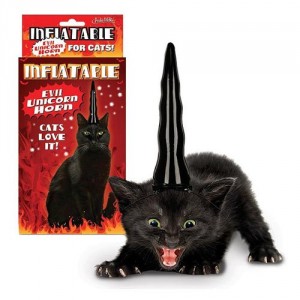 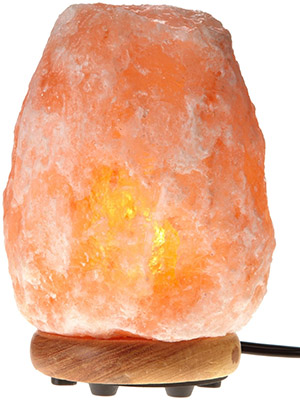 This lamp “purifies” the air by supposedly releasing negative ions. It’s made of “Himalayan salt”, which is actually mined over 150 miles away from the Himalayan mountains, in Pakistan.

Turning on a fifteen-watt light bulb inside a chunk of salt will not release negative ions from the salt. The chunk of salt is composed mostly of sodium (positive) and chloride (negative) ions. If you wanted to pull the negative chloride ions off and release them, you’d need to heat the lump of salt to around 800 degrees Celsius to melt it, and then run an electric current through the molten salt, which would release chlorine gas. This process would also leave you with molten sodium metal, which reacts violently to both air and water.

This lamp does not release toxic chlorine gas. Nor does it release molten, flaming elemental sodium. Which may be why it’s received mostly positive reviews despite the lack of actual negative ions. 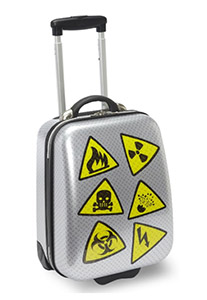 The TravelKool Danger Suitcase is a great way to make sure your child gets cavity-searched by the TSA. 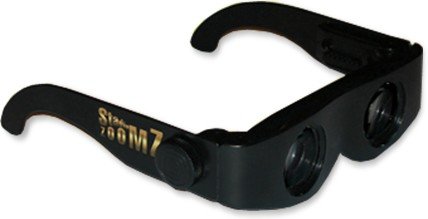 Customer reviews of “Incredible Zoom Binocular Sunglasses” range from “everything is blurry” to “broke the first time I put them on.” If you’re going to buy glasses from a television commercial, I recommend you at least go with Bed Prism Spectacles, so you can watch TV while you’re laying in bed.

Compete with your family to see who’s been beaten furthest into a state of marketing compliance! Reinforce the bond between corporate branding and happiness in your children! I’d go on, but now I’m hungry for some great Sun-Maid raisins and Taco Bell tacos and Go Daddy domains and Bic pens and UPS parcel services.