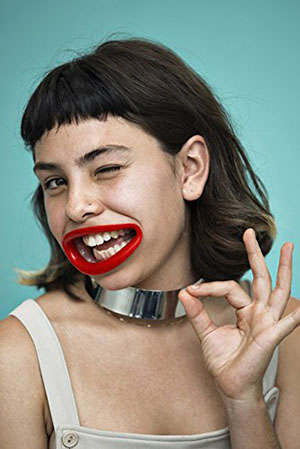 The Hyperlip is a plastic ring you wedge in your mouth to keep your mouth hanging open. Why? The manufacturer doesn’t explain, but notes it’s a “great conversation starter.” It’s worth a peek for the picture of the old guy wearing one, if nothing else. 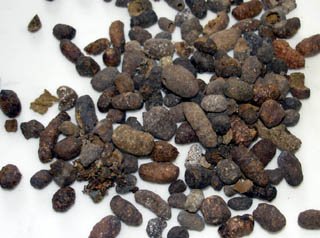 This button connects to your Wi-Fi network, and when you push it, Amazon mails you Kraft Macaroni & Cheese Dinner. While the Amazon Dash program started last year with a few buttons for household necessities like detergent and paper towels, it’s been expanded, and you can now have America’s favorite fat-and-carbs delivery system at the push of a button.

If you’re thinking you’ve gotta wash your automatic dinner down with water, nope – there’s a button for Gatorade too. It’s got what plants– I mean people– crave. 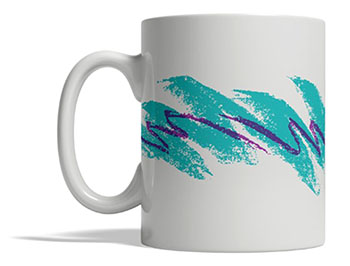 Remembering something isn’t the same as liking it. But, I guess if you actually liked the “Jazz” pattern which was on half the paper cups you used in the 90s, you can buy this mug, and continue to drink out of its teal-and-purple glory. You could also buy the definitely-unlicensed, doesn’t-even-wrap-around t-shirt of the design.

Weirdly, the original paper cups are still being sold by the Solo corporation, the Jazz cup’s original manufacturer. 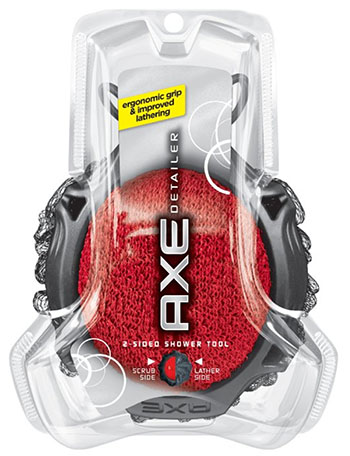 Scrubbing your skin with a poofy loofah is “for girls,” says Axe, introducing the Axe Detailer, which is a loofah. But for men. It’s not a princess exfoliator for prettiness. It’s a hardware detailer for a man’s big, hard muscles. Maybe two guys get in the shower together, and Axe Detail each other, to make sure they get it all. Fuck yeah, bro. Men rule.

Stale armpit sweat, swampy and fermented, kind of already smells like bacon. But why live your life with just a hint of pig-stink? Go all the way with “Power Bacon” deodorant.

I know I wrote about this toilet before (with more animated GIFs) but the ads for the American Standard 2889.216.020 keep getting better and better. If you ever plan to crap out two White Castles without digesting them, you’d better do it into one of these toilets. Ignore the guy who gave it a one-star review because he still has to use a toilet brush to clean it when it gets dirty.

There are over 1,500
Worst Things For Sale.
Click here to see the rest.


TWTFS is a participant in the Amazon Services LLC Associates Program, an affiliate advertising program designed to provide a means for sites to earn advertising fees by advertising and linking to amazon.com. We are not affiliated with the manufacturers whose products appear on TWTFS.