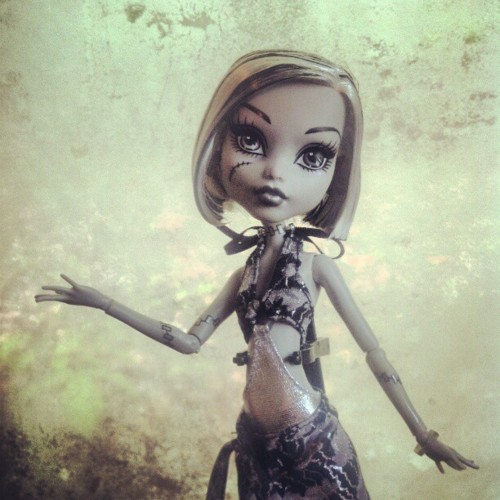 The unrealistic figure of Barbie has been criticized in the past as giving girls an unhealthy body image. But Barbie looks like Mrs. Old & Fat next to this twig-like doll called Frankie Stein.

Most arresting about Frankie Stein is not that she is skinny, but that her clothes are draped on her as they are on women who are actually anorexic. If you’ve ever seen an eating-disorder documentary, or known an actual anorexic woman, it’s eerie how closely this doll mirrors the hallmarks of anorexia. Her skin is pale, her size-00 clothes hang loosely off her body, and her elbow and knee joints bulge from her birdlike arms and legs.

Maybe I’m over-reacting here, or maybe I just like women and don’t think they should starve to death and have mental and physical problems because of companies.