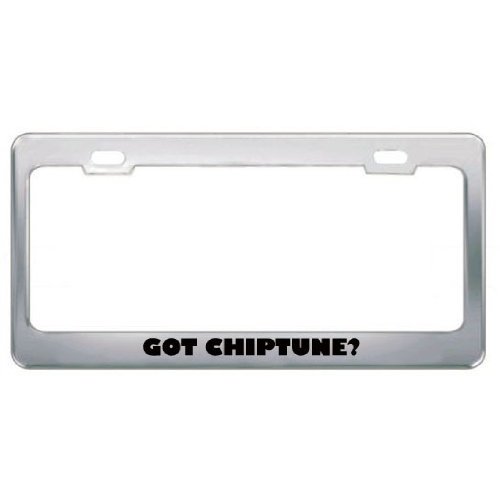 The “Got Milk?” advertising campaign began in 1993, which, if you are reading this, may have been before you were born. Parody comics and television sketches began shortly thereafter, burning themselves out somewhere in the mid-90s.

I wasn’t sure what chiptunes had to do with milk, but then I saw that this company offers a line of nearly 1,800 varied license-plate holders, all corresponding with the “Got ____?” theme of the “Got Chiptune?” item. Someone right now may be buying a “Got Hungarian Hip Hop?” license plate holder. Or “Got Castrato?” Because, you know, dudes with no balls who sing high are a huge target market.