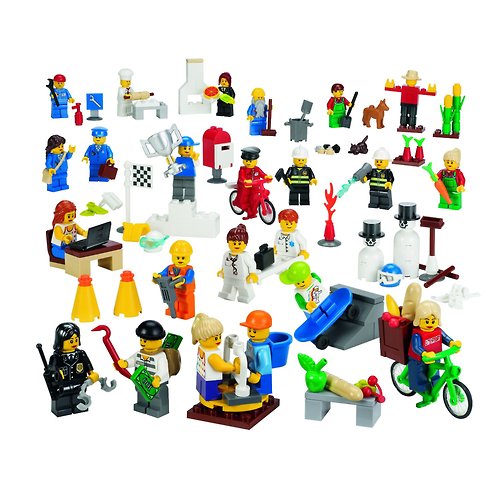 This set of LEGO figures is some bullshit. When I was a kid, we had one Lego Man Head and it was a smiley face. Now these little people have emotions. Some of them have lipstick. Some of them have hair. There are LEGO cops with LEGO handcuffs.

It’s bullshit because it’s probably fun as hell and all we had was Smiley Face Lego Man and 3 channels on the goddamn TV and it sucked. And everyone was skinny, but for the same kind of bullshit reason. We had to eat weird stuff our parents cooked instead of going to Cracker Barrel and Burger King every night.

I’m not against progress, I’m just saying that it could at least be slow enough that it doesn’t make us mad. Our kids never had to inch through the internet on a modem or watch Duck Tales and get the stupid song stuck in their heads because it was the only thing on TV when they got home from school.

Also, that one LEGO lady is a blogger, she has a LEGO COMPUTER, what the cold hell?