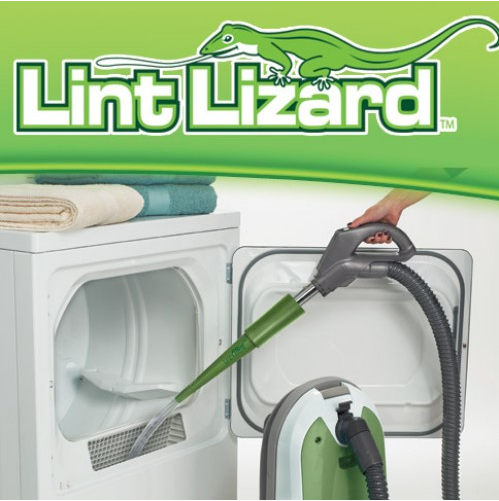 The Lint Lizard is a plastic hose that attaches to your vacuum, so you can suck the lint out of your lint trap. You know, the little thing where you reach in with your human hand and pull out the lint? That thing. It removes the lint from that.

Well, it’s supposed to, at least. Curiously, it cannot do this task. The reviews seem to unanimously agree that it cannot suck. It sucks at sucking. That’s pretty bold.