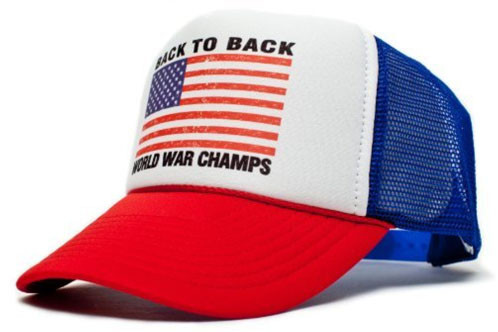 This “Back To Back World War Champs” hat is kinda funny. Not for the fact that the United States “won” a war that killed a half-million of its own citizens (worldwide fatalities of both World Wars combined are around 80-100 million people.) But because it’s cool to think of the Chicago Bulls, for example, winning a couple of championships and then going into Afghanistan cause they heard they were starting a basketball team.