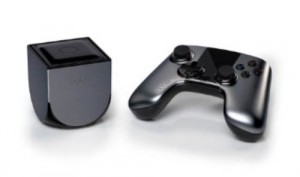 The OUYA console was Kickstartered for $8.5 million last year and will finally be available next week. As with most Kickstarter projects, though, anyone who’s buying one now is beta-testing the platform, and reportedly running into problems with the controller, OS, and many of the games. The big-name titles that OUYA promised upon release are absent, leaving a handful of poorly-ported mobile-phone games, many of which still refer to “touching the screen” or don’t work correctly with the hardware.

There are no actual reviews yet, but a quick look at the discussion page shows dozens of people mad about the tiny list of available games and the lack of support from the manufacturer.

Of course, you don’t have to take it from me. Here’s a GIF from someone who already has an OUYA and tried to get it to work.