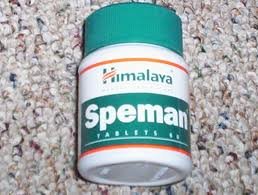 At least one of them promises 500% more semen on ejaculation, which sounds like a good way to bust a tube somewhere, or at least ruin a set of sheets. Maxocum says you’ll “SHOCK your partner with the BIGGEST overflowing load.” And Volutrex even says that you’ll ejaculate so much it will relieve your symptoms of depression.

My favorite out of these, though, is Speman. It’s $0.01 and the ingredients aren’t listed, but the manufacturer describes Speman as “a compound of natural ingredients.”  I don’t know about you, but I’m ready to get Spemanned.