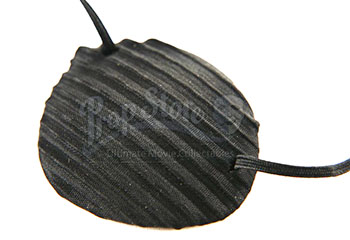 This $995 eyepatch is the one worn by a guy in Austin Powers, the movie from 1997. It’s no replica, buddy. It’s the actual eye patch the guy had on when he was acting.

If that doesn’t make you excited, how about a $795 gremlin puppet face from Gremlins 2: The New Batch? You remember that movie! It was the 1990 sequel to 1984′s Gremlins, which was the first movie about gremlins, in this series.

Still no? I guess you just don’t appreciate art.