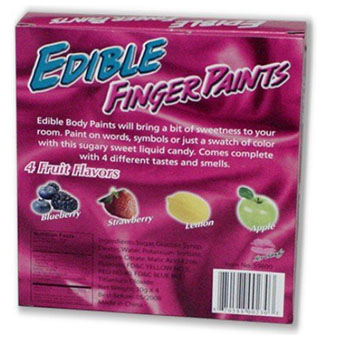 Reviewers have panned the taste of Edible Finger Paints, with one claiming that his paints were dated 1998. (He ate them anyway, noting that they tasted bad.) 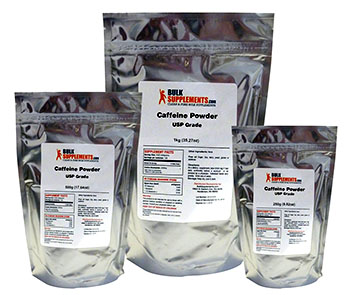 Measuring out pure caffeine powder by yourself is an easy way to overdose on caffeine. It would be hard to drink enough coffee, soda, or tea to ingest a fatal amount of coffee, since the LD50 dose (which is the amount, which, if taken by a group of humans, would kill 50% of them) is around 150-200 mg/kg. This is about 100 regular cups of coffee.

Even though it would take 10-15 grams of pure caffeine to kill a regular person, someone with a heart or liver condition can be fatally caffeinated with significantly less. Healthy young people have been put down with as little as one gram.

Caffeine overdose comes with a laundry list of uncomfortable symptoms, so even if you survive your spoon-dip into the bag of pure caffeine powder, you’ll be left with hours upon hours of nausea, chest pains, heart palpitations, sweating, and irritability. 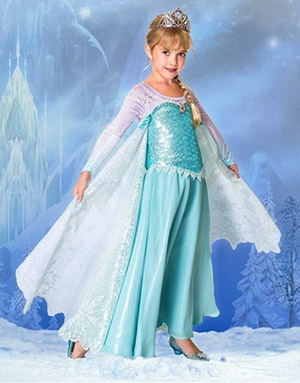 This “limited edition” Disney costume from the movie Frozen is available for the low price of only several hundred dollars. Plus $6.99 shipping. Shipping’s not free, you know. 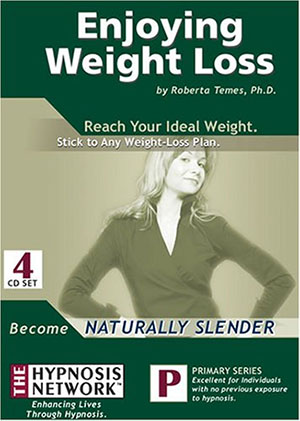 “Enjoying Weight Loss” is a 4-CD set that purports to hypnotize you into losing weight. Hypnosis is generally a scam, but spending $78 on a self-hypnosis audio recording might curtail your food budget, which could have the intended effect. 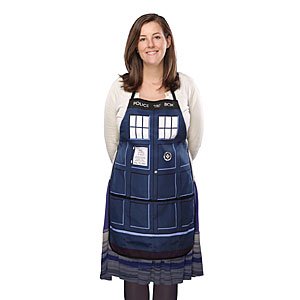 There’s nothing that makes a lady feel better than dressing up as a spaceship phonebooth that’s had twelve British men inside. 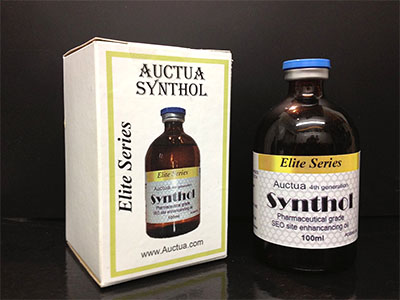 If you’ve ever seen a bodybuilder who looks like he’s smuggling baseballs under his skin instead of actually building muscle, odds are that he’s used Synthol. It’s a mix of fatty acids (mostly coconut oil,) lidocaine, and benzyl alcohol. It’s injected directly into muscle tissue and stays there for years, slowly being broken down by the body. As you might imagine, it has horrifying side effects, including destruction of the muscle tissue it’s injected into. Since it’s not injected by any doctor who cares about their patients’ health, it’s also susceptible to infection. If you hit a vein, it may kill you instantly. But you might come out looking vaguely misshapen, so it could all be worth it. 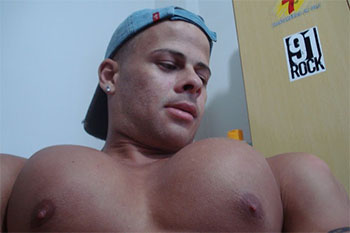 Shit yeah! Show me more of those synthol muscles! 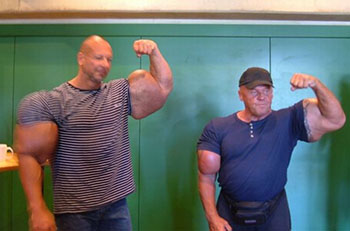 For those who don’t want to roll the dice on Synthol but want to abuse their bodies in the name of muscles, there are actual steroids available online. The most well-known and well-tested anabolic steroids are illegal, of course, but just like recreational drugs, there are derivatives with no testing or use history that can be purchased legally. One is “M-Sten RX”, otherwise known as methylstenbolone, a quasi-legal anabolic steroid known to cause liver failure. Another is “Oxanvar” (epistane), a derivative of a breast-cancer drug which, when taken in sufficient quantity to cause muscle growth, often causes the body to stop producing testosterone.

Fortunately, for those of us who are unwilling to sacrifice our health in the pursuit of bigger muscles, there is an alternative. 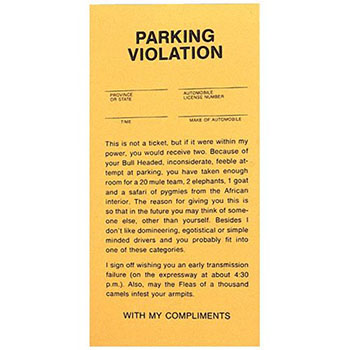 Sometimes other people don’t park well. It’s part of life. This pack of fake parking tickets has 79 customer reviews, which mostly bask in the glory of the poster’s superior parking skills. Many of them praise the fake parking ticket as being an alternative to keying someone’s car or throwing a brick through their window. The sheer number of people around us who teeter on the cusp of violence is staggering, though not entirely surprising.