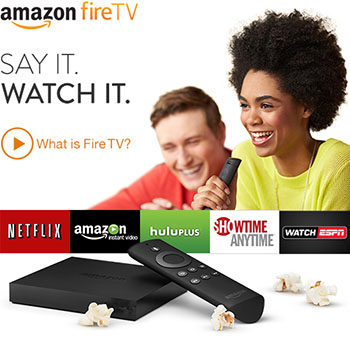 The new Amazon FireTV just came out yesterday. As is the norm with new gadgets, there are already over 40 one-star reviews, complaining about one thing or another. A surprising (okay, not surprising) number of them try to include Obama in their complaints about the $99 box that lets you talk into the remote control and watch infinite TV. One of them said Amazon is destroying the environment by not powering their servers with windmills. And someone else gave it a one-star review because “I have no idea what the hell this does.” You’d think these are the people who’d want to talk to the TV.