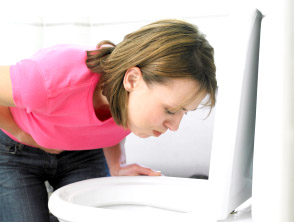 The vaguely named “Vomit Mix Capsules” are $16.95, and described by the manufacturer as containing “a proprietary mix of herbs.” No details on what the herbs are, and no picture of the product except for a tiny picture of a woman barfing. The same manufacturer sells “Asthma Mix,” which has a single, one-star review claiming his Asthma Mix Capsules were expired by the time they arrived. Hey, you want a proprietary mix of herbs, you gotta accept that they might be expired.