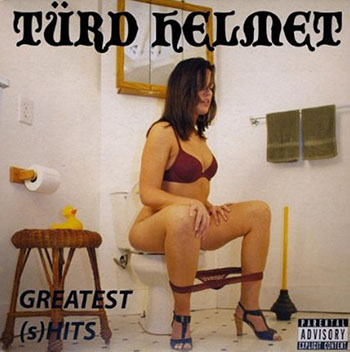 Turd Helmet’s 2009 album “Greatest Shits” might lead you to believe it’s a one-off theme album about shit, turds, and poop. Nope, they followed it up with 2012′s “Scratch’n'Sniff.” It’s not fair to call it a one-note joke, though, because they also write songs about “titty fucking.”