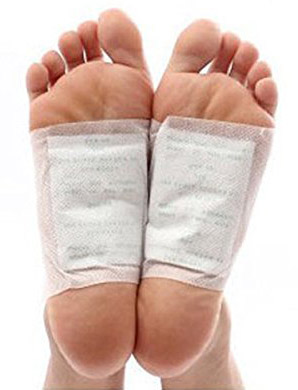 Let’s go point-by-point through the seller’s claims for these adhesive foot pads. They claim to be a “natural way of removal” for these materials:

There’s an As Seen On TV version called Kinoki, which claims to do generally the same as these, plus “relax muscles and tendons.” Hilariously, they cut them into smaller pieces to put on your eyes, too.