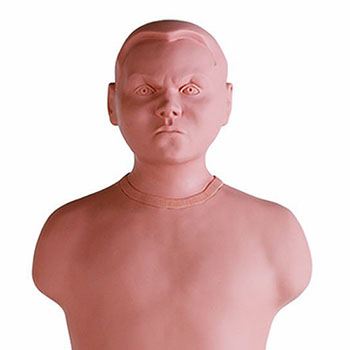 When you get bored of the typical punching-bag or adult-bad-guy targets to carry out your martial artistry, Bobby Bully is here to be your four-foot-two target of hand- and foot-based violence. It’s more realistic than the jaunty, infographic-styled purple Practice Buddy, though I have no doubt that any true practitioner of child-fighting needs both.

“My son loves to beat … when he is mad. It’s the perfect size for my 6-year-old,” says one unconcerned mom. “My very destructive nephews … beat up Bobby instead of my husband and me,” adds another. That might seem slightly insane, but from where I stand, if you don’t use consumer goods to address the symptoms of your problem instead of addressing the problem itself, then it ain’t god-damned America. 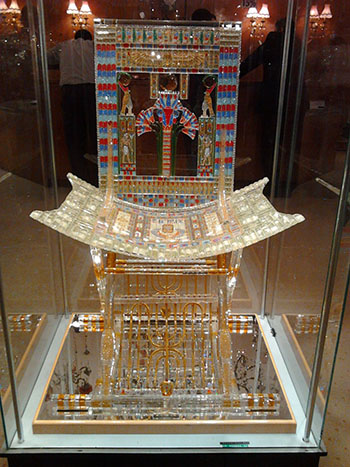 A chair you can’t sit on is one thing. But a chair that’s made entirely of crystal, and costs as much as an extremely nice car, is another. Unsurprisingly, it’s “bought together with” this $120,000 chandelier made from butterflies and magic. 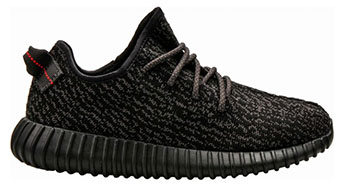 The Adidas Yeezy Boost is a pair of insanely-priced sneakers. That’s not unusual on its own, but what’s striking about this particular pair is that someone sold one of their testicles to a medical research program and used the proceeds to buy a pair (with accompanying picture.)

Every couple years, some company makes a new brand of caffeinated water. This one, Avitae, claims to have as much caffeine as a cup of coffee. Unfortunately, that’s not true. If you type “caffeine in a cup of coffee” into Google, it’s going to say that it has 95mg. But your typical cup of drip coffee at home is typically going to have around 150mg of caffeine. A venti drip coffee from Starbucks has an average of 400mg. At three bucks and change, that’s surprisingly cheaper than 4 bottles of Avitae, which will run you nearly eight dollars. It’s enough to “make you poop.” (Click that. Trust me.)

Some people don’t like coffee, of course, in which case it’s easy to get caffeine pills, which keep you from accidentally overdosing on a big bulk bag of powdered caffeine, as several people have done in recent years. It’s worth noting, though, that caffeine is not “God’s Speed.” You’re thinking of amphetamines. 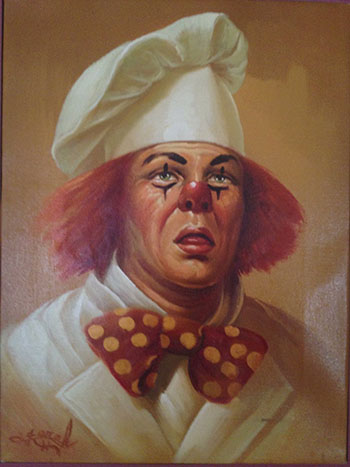 This oil painting of a man with his mouth agape is simply described as “A unique, original composition.” It is for sale for over eight thousand dollars. 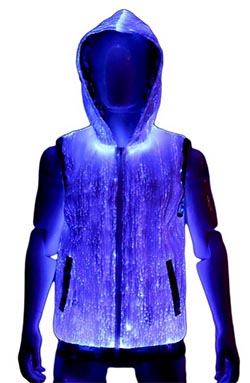 If you’re in the market for a sleeveless hoodie, and you’ve already rejected the hoodie that exposes your nipples and abs, then the Fiber Optic Hoodie might be just what you’re looking for. 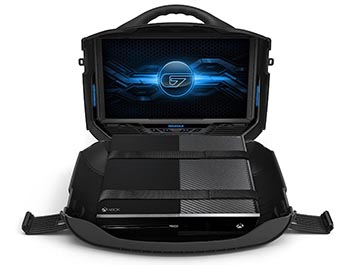 Nintendo 3DS? Playstation Vita? iPad/iPhone/Android/tablet/phablet/Kindle games? No. These guys suggest you bolt your regular big-ass Playstation or Xbox into this suitcase and play games on the little screen attached to the lid. The price is insane, sure, but the worst thing here is the manufacturer’s picture of two full-sized dudes crouched over their tiny gaming suitcase, craning their necks to try to make out what’s happening on the teeny little screen.