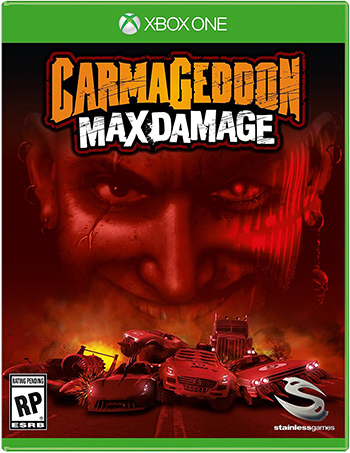 In the late 90s, I played the original Carmageddon quite a bit. There weren’t a lot of games for Macs of that era, and it was surprisingly fast and fun. So when I saw that there was a new Carmageddon, I grabbed it immediately, and what followed was worse than No Man’s Sky. No matter which corny-ass car you choose, it drives like a minivan on ice, unable to accelerate without pulling to one side, and unable to take corners at any speed. As the announcer shouts “Rectum” over and over to a chug-chug nu-metal soundtrack (“wrecked ‘em”, ha ha,) the screen flashes with weirdly backwards phrases like “RIGHT UP YOUR ARSE!” and “SMASH THEIR BITCH UP!”

It’s tempting to think the game somehow got ruined, but I suspect it was never good, and that the radiance of my own youth colored even the assiest of computer games with a rainbow of promise.