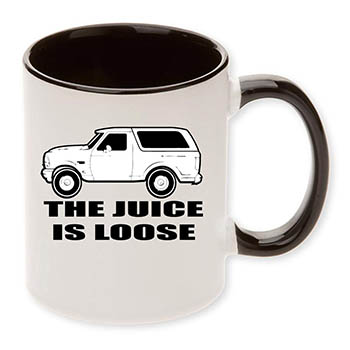 Get the jump on buying presents for your friends or relatives who still think 22-year-old news events are timely and funny with this mug’s “joke” based on the 1994 car chase of OJ Simpson prior to his well-publicized arrest and trial.

While you’re buying, why not grab a confederate flag that says “Clinton-Gore 1992″? 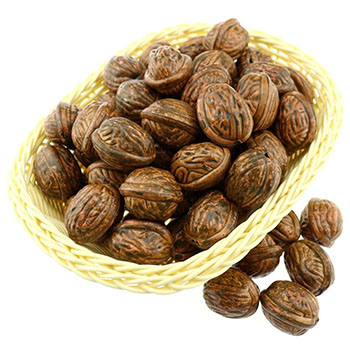 Fake walnuts cost almost exactly as much as real walnuts. Just a tip for the next time you decide to decorate with walnuts. (The money you save by using real, free leaves instead of buying artificial leaves is probably more impressive.) 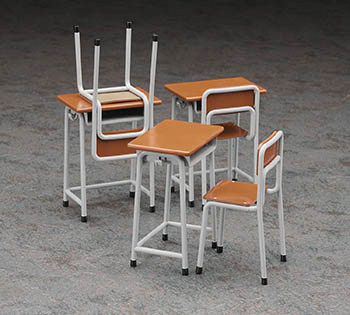 Why do customers hate this set of desks and chairs so very much? According to the reviews, it’s because dozens of them bought the set thinking that it was a full-sized set of desk and chairs, instead of a three-inch-high set of scale furniture meant to be used with toys, which the listing clearly states more than once. 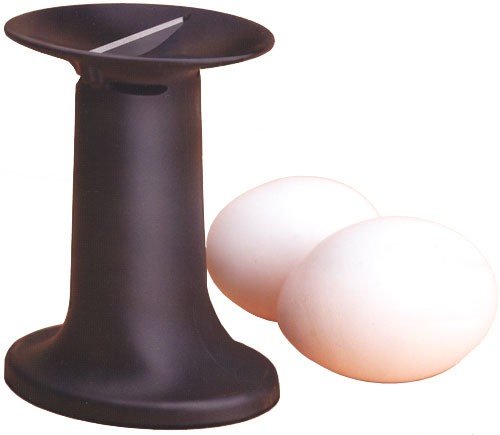 This device, just like the edge of a pan, or a countertop, is an egg cracker. You whack the egg onto it and the shell of the egg cracks. There’s also the EZ Cracker, BW Egg Cracker, and the Clever Cracker, if you’re curious about this microcosm of eggs that can’t be cracked. Humans have been cracking and eating eggs since the discovery of chickens, but in the world of 2016, we’ve got to have something do it for us.

Take a close look at that picture up there, by the way. The little grey thing in the middle is a RAZOR BLADE. If you need a special stand and a razor blade to crack an egg, you’re not buying eggs. Those are rocks.

SprayPerfect is a can of low-quality nail polish mixed with propellants so that you can spray it onto your hand instead of individually painting your nails. As you might imagine, yes, you have to spray your entire fingertips and peel off the extra (scroll down to the instructional pics to see what this looks like.) According to the 50+ reviews, the polish comes off your nails easily, clumps when it’s applied, burns your skin when it’s sprayed on outside of your fingernails, and comes in a total of four colors. As one of the most popular reviews says, “HORRIBLE, JHORRIBLE, HORRIBLE!!!!” (sic) 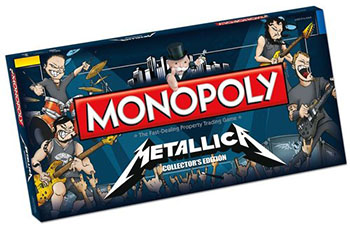 Originally intended to serve as a lesson on the evil nature of landlording and tenancy, Monopoly instead gave us the world’s worst board game, where hours-long sessions drag on, with one player taking the lead early and the rest slowly being drained of their money. Lessons like this don’t work, because all anyone ever got out of the game is that they usually hate it, and quit playing, and resent their family members. If you tell someone something explicitly, they won’t believe you, or they’ll theoretically believe you but fail to apply it to their decision-making. If you teach the same idea through simulation or metaphor, they won’t understand what you’re trying to get at. This is one of our many human problems.

Anyway, Metallica Monopoly would serve as a lesson to what happens when you kick ass for a few albums and then disintegrate into a weird parody of yourself, except that it’s just Monopoly with the squares named differently, and it’s a collector’s edition so it costs an insane amount despite being a paper box full of paper. It would also serve as a lesson on the worthlessness of “collector’s editions” and the economic punishment of people whose only crime is liking Ride The Lightning too much when they first heard it, except that, again, people don’t learn lessons, and we will all be bilked sooner or later for our emotional attachment to art, music, or a sports team. 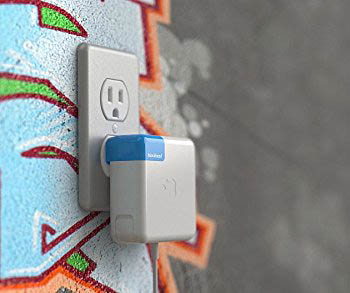 It seems sorta-kinda like a good idea, but Blockhead, the plug that fits into the end of a Macbook adapter to let it sit flush to the wall, seems to be poorly designed and manufactured. It’s also weirdly expensive for (as you can see in the picture of one that broke due to the weight of the adapter) three wires stuck in a plastic shell.