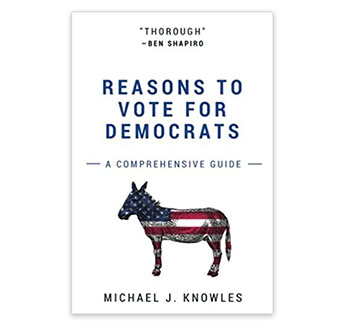 The currently-number-one best selling book on Amazon, right now, is “Reasons To Vote For Democrats,” an entirely blank book. Of course, the process of spending an unreasonable amount of money by bulk-buying blank books in an attempt to prove a point is now enshrined as an American freedom, sliding neatly into place alongside the phenomenon of eating (or not eating) fast food to prove a similar point.

(Whether or not it actually proves a point, of course, matters less than the willingness of tens of thousands of people to spend money rallying behind a loosely-defined set of political ideas that work against them.)