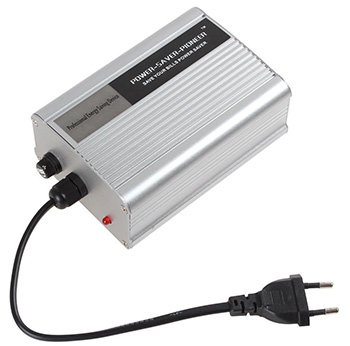 This box, labeled as “Power Saver,” claims to reduce the electricity consumption of whatever you plug into it. It doesn’t, as evinced by the numerous customer reviews correctly indicating that it didn’t reduce the power consumption of their appliances. Not everyone hates it, though. There are two five-star reviews from users named “Customer” and “Custy,” who is, most likely, “Customer” wearing a fake mustache.