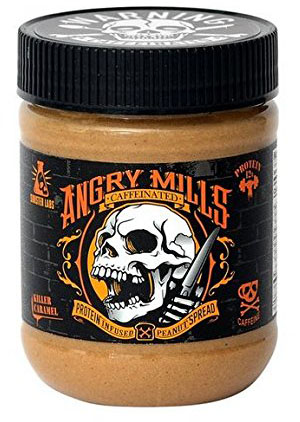 Peanut-butter toast and a cup of coffee is a pretty classic, cheap breakfast combo. Which means it makes perfect sense to replace that with a thirteen-dollar jar of caffeinated peanut butter. It’s got a skull and bones on it, though, so that means it’s… angry?

At least they didn’t claim, like the manufacturers of Steem Caffeinated Peanut Butter, that “caffeine naturally bonds with peanut butter.” (It does no such thing, chemically speaking, and if it did, then the caffeine wouldn’t work in its intended fashion, having reacted with the other ingredients.)