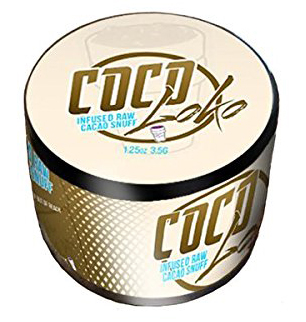 Coco Loko, described as “Infused Raw Cacao Snuff,” doesn’t disclose its ingredients, but its founder has told the media that it contains ginkgo, taurine, and guarana. As you might expect, reviews of Coco Loko are mostly negative, and mostly describe how uncomfortable and gross it is to sniff cocoa powder up your nose.