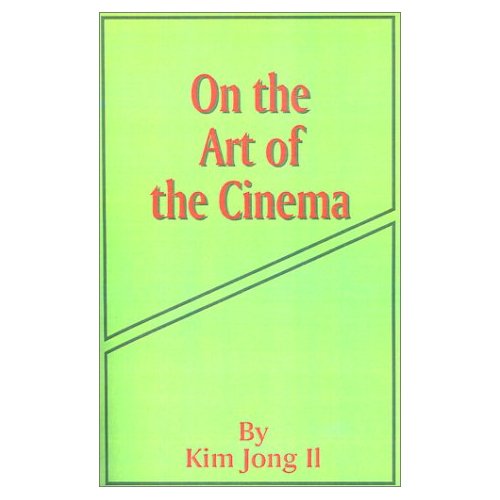 You probably already know Kim Jong Il as being the dead ex-leader of North Korea who presided over the country’s descent into famine. But did you know he was also an author, kind of?

One of KJI’s favorite things to do was “on-the-spot guidance”, which he would give at construction sites, communal farms, factories, or movie sets. He’d show up and give them Kim Jong Il Pro Tips, which were accepted readily by everyone, because the alternative was to be killed immediately, or worse, sent to a labor camp with their entire family, tortured for years, and then killed.

Living in a bubble of his own making, KJI took the praise of his advice to mean that he really was a genius, especially in cinema, and wrote this book to get his great movie ideas into writing. Bizarrely, you can still buy it online.