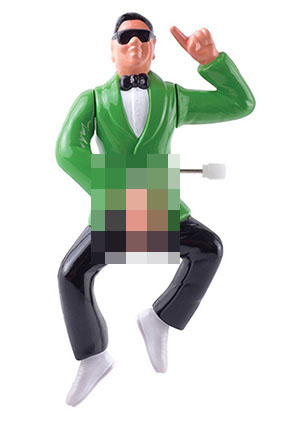 Seven years after the hit song “Gangnam Style” was released, a company has made a wind-up toy that masturbates in the style of the song’s video. (I had to pixellate the toy penis; it’s there on the listing itself if you must see it.)

It’s marginally more tasteful than the wind-up Obama toy that gives a Hitler salute as it masturbates… but only marginally.