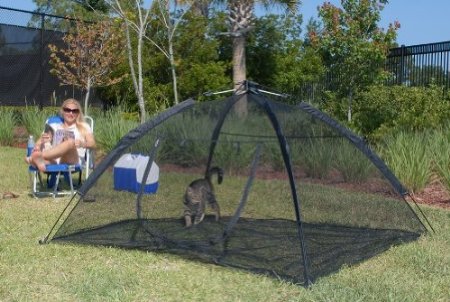 “Happy Habitat” is a great name for this cat tent. Anything named “Happy House” or “Happy Home” means it’s small and depressing, and the Happy Habitat does not disappoint. It’s a tent, which you put outdoors, and then you put your indoor cat into the tent.

The picture I used above is supplied by the manufacturer, by the way. A cat lady outside in the yard, with a mad cat in a tent walking around like he will never drink enough water to make enough urine to show you how he feels about the tent. I strongly recommend that you go past this tip of the iceberg and look at the 37 (YES, THIRTY-SEVEN) customer images available for the Happy Habitat Cat Detention Camp. 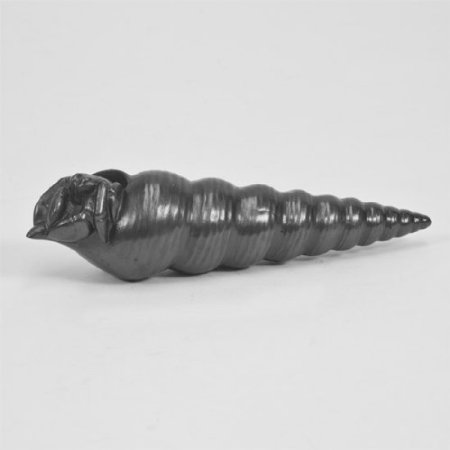 This black shell is actually a pencil. It’s a big chunk of graphite. You write with the sharp end of the shell.

It costs $57 and it doesn’t have wood on it to keep you from getting graphite on your hands. It’s also in the shape of a fucking shell. If you find that too practical, though, the manufacturer also offers a $57 “pencil” in the shape of an eagle’s head. 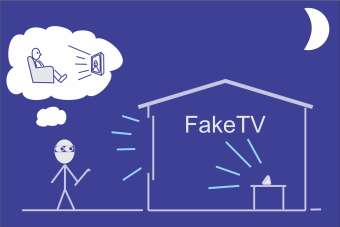 The FakeTV ($32) is a box you plug in when you’re on vacation, so it looks like someone’s home and watching television. It displays different flickering light patterns, so from outside, it looks like the television is on. (You can click through to see what the actual unit looks like, but I wanted to include the manufacturer’s illustration above for aesthetic reasons.)

The only way the FakeTV would look more realistic is if it also played some sound, that sounded like television sound. If only we could get something for our home that would make television sound and display pictures. Like… I don’t know… a television. 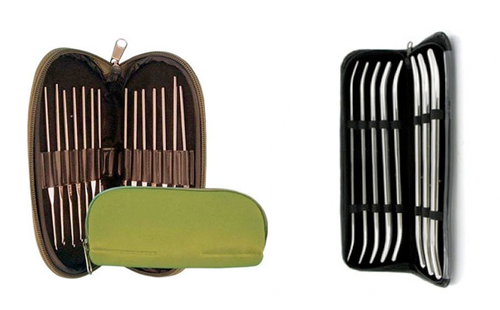 Only one of these is meant to be shoved up your lemonade pipe. 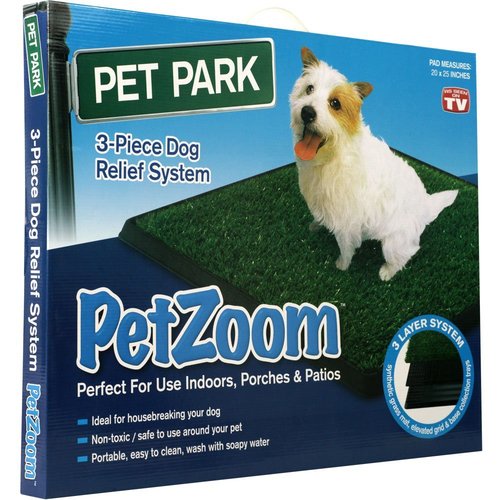 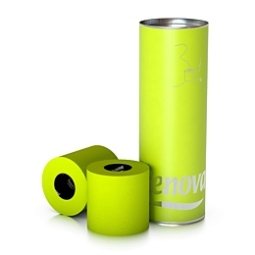 Regular toilet paper is white, meaning that it will match any color or combination of colors you use in your bathroom. But maybe you’re tired of seeing brown butt-dirt on that clean white paper, and you need a different color to offset what you didn’t digest. That’s an OK feeling to have, because feelings are natural. Just be prepared to pay a lot for a three-pack of your green toilet paper, and also for me to say your natural feelings are stupid. 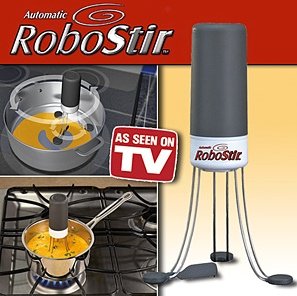 The RoboStir is one of a few similar products which claim to automatically stir pots on the stove. If you’re cooking gravy or sauce, you have to constantly stir the pot and scrape the bottom so it doesn’t burn. You have to scrape the entire surface area of the pot to keep it from burning in spots. So even if the RoboStir worked, it wouldn’t do a thorough job.

Of course, if you read the reviews, it doesn’t work at all, and falls apart within about a minute.