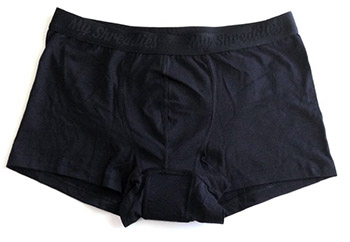 Shreddies are insanely expensive underwear that claim to filter your farts with activated carbon so they don’t smell bad. The reviews are mixed, but they seem to work better than Subtle Butt, a fart-filtering device whose name I like much better. And both of them seem to do better than the anti-flatulence chair pad, which one reviewer, presaging this very write-up, described as “it works, but not as well as the underwear pads.”

Neither of them hold a candle to this fart hat, though.