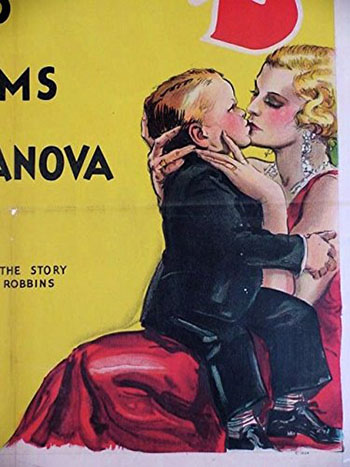 This movie poster is priced at $850,000.00. But, as you might imagine, it’s not the most expensive movie poster you could find. 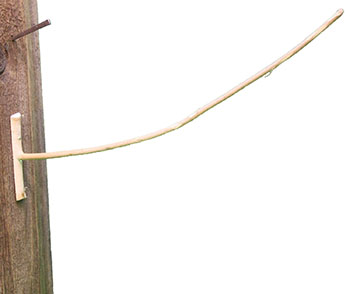 “Weather sticks will tell you what the weather is doing,” brags the manufacturer of the Davis Hill Weather Stick. It’s not that they’re necessarily wrong – it’s made of a balsam fir branch and part of the trunk. The fibers in the wood on one side of the branch contract or expand as the relative humidity in the air changes, causing the stick to bend up or down. It’s just that you can get a digital hygrometer for about the same price without nailing a stick to the side of your house.

As reviews of a competing weather stick show (this one with “extra” “quotation” “marks” has the best title) the Weather Stick engages the same anti-intellectual reflex that some have toward scientific progress. “Love watching the weather stick,” says one. “Better than weather man who is never right,” adds another. If you think I’m exaggerating, this guy (in a review of a third brand of Weather stick) claims that the stick itself improved the weather.

The idea that that world has passed you by is frightening to everyone. The first time a child buzzed by me on an electric scooter, wearing a shirt covered in emojis, and called me a “fuckboy,” I was taken aback. But I didn’t nail a stick to my house and start calling climate-change scientists “warmies.” 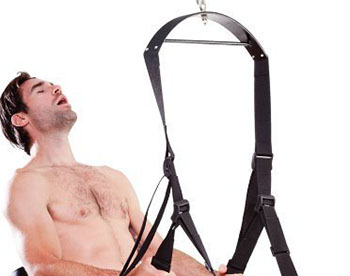 The Romantic Fantasy Swing, on its own, is pretty run-of-the-mill. It’s what this guy uses it to accomplish that’s bizarre. (Do you really need a sex swing for that?) 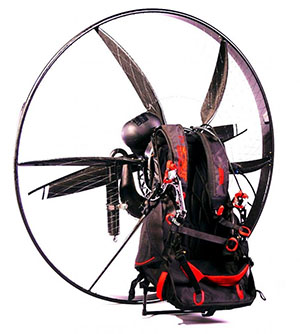 How will you die? The mystery lingers over all of us, with a panoply of ailments and accidents we dare not speak for fear it would curse us to the same fate. But for those who buy this backpack attached to a gas engine and giant propeller, the answer is clear: You will hit a cliff, you will fall, the blades will lacerate you. You will drown in the ocean. You will become trapped in a tree. The details are up for debate, but at the end of it all, you will die as a result of hooking a parachute and propeller to yourself. 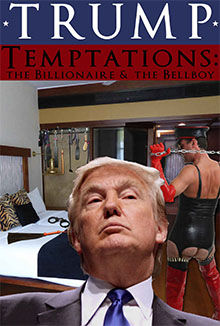 I’ve already covered Abraham Lincoln: Presidential Fuck Machine, but this election cycle brings new subjects for presidential adult fiction. Trump Temptations is a popper-laced ten-page work of gay Donald Trump fiction. Feeling The Bernie is largely the same, but with Bernie Sanders as its subject. And, similarly, Secrets Of State, Exposed: Hillary’s Personal Emails is a work of fiction where Hillary reveals her affair with Russian head of state Vladimir Putin through poorly-written emails on her private server.

The worst, and most bizarre, is probably The Many Hues Of Ted Cruz, which involves the title character fucking a bunch of crayons. No, I don’t know how that works. You can “Look Inside” and see for yourself, if you must. 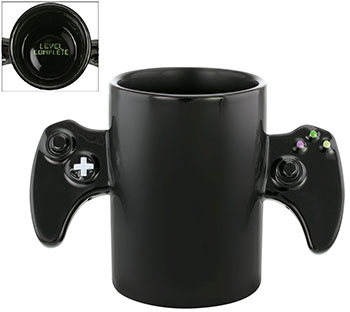 For those unable to complete any task unless it is tied to a game-based accomplishment, this “gamer mug” offers you a cheery “LEVEL COMPLETE” message at the bottom, when you finish your drink. The good gamer boy finished his juice! 50 points for the good gamer boy! And you’ll get 50 more if you can resist Tweeting at someone saying you’re going to assault them and burn their house down!

Hungry for Mario Cereal or Call Of Soupty? There is, as you would probably imagine, a matching Gamer Bowl. 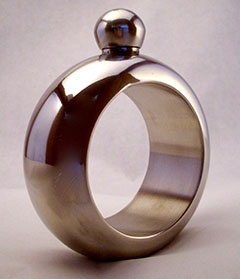 The Bracelet Flask holds 2.5 ounces of liquor. It would be a great low-key way to bring liquor into someplace where they won’t notice six huge metal rings on each of your wrists, clanking together like plate-mail armor as you enter the no-alcohol zone.