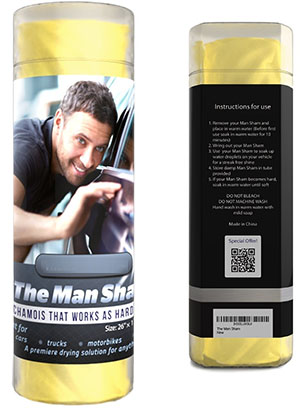 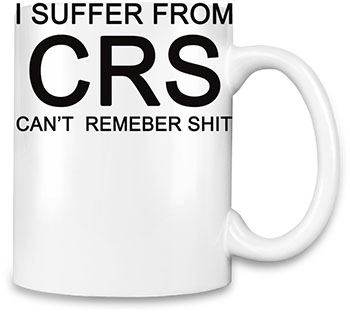 Not only is “Remember” spelled wrong, but they didn’t even bother to photoshop the text onto the mug itself, let alone attempt to wrap it around the mug so it looks like it’s actually on the mug’s surface. 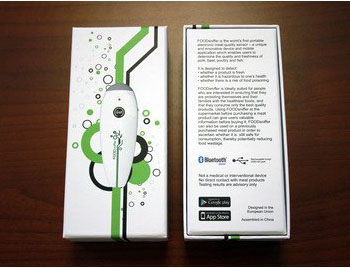 The FoodSniffer is an expensive handheld device that connects to your phone and lets you “sniff” meat to tell if it’s gone off. It doesn’t actually detect bacteria in your meat, but rather attempts to analyze the gas in the air around it. The manufacturers admit that it will read incorrectly if it’s used near a gas stove (like the one in your kitchen) or in a room where alcohol is being consumed (also your kitchen.)

You could also learn the basic guidelines for food storage and handling, and use the food sniffer built into your face, both of which are free. But whatever. I’m a writer, not your dad. 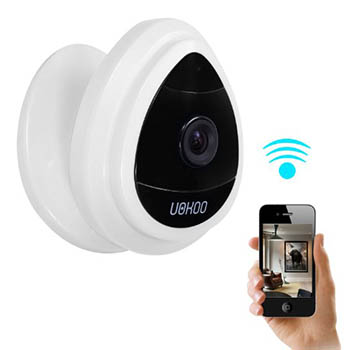 If you tried to use Twitter, Spotify, or any one of a few thousand websites yesterday, you weren’t able to connect. That’s because (long story short) a hacker used around 300,000 household appliances to flood an internet provider and take it offline. It turns out that household devices like the Egg Minder (an egg tray that sits in your fridge and reports your egg status via wi-fi) are, as you’d imagine, equipped with poorly-secured operating systems that were not properly vetted for security holes in the manner that your phone and computer are.

It’s been known for years that most wi-fi security cameras (above) have default logins/passwords, or in some cases, no security at all. But your wi-fi crockpot can also be used as a source of traffic in denial-of-service attacks, as well as your wi-fi scale, wi-fi thermostat, and your “smart” TV. Almost any appliance that has an embedded operating system and connects to the internet can be used to carry out these attacks, and almost all of them use an older OS with known security holes that can be exploited.

There’s something compelling about being able to control your house’s lights from your phone for many people, and I won’t begrudge consumers for buying things they think will make them happy. I will, however, begrudge companies who are going to literally destroy the entire fucking internet so they can sell a $160 box that drops dog treats out of a hole in the front when you press a button on your phone. 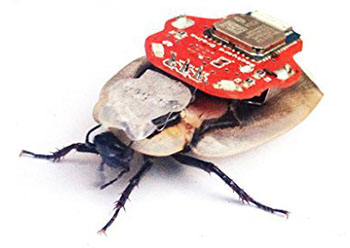 The Backyard Brains RoboRoach is a wifi-enabled circuit board you glue to a cockroach, inserting leads from the circuit board into the head of the insect, in order to let you control the movements of the cockroach with your phone. It’s great for kids, if you want to teach them that performing surgery on animals against their will, solely for your entertainment, is something you consider great.

The demographics of hot sauce, a niche ruled by products called Lickin Ass Kickin Ass, AssPoundersHeaven, and so on, apparently has a big intersection with Trump voters. There’s “Democrats, You’re Fired”, “Trump That Bitch Hot Sauce”, and “No P.C. Added President Trump Hot Sauce.” I should have known when I saw there was a Ted Cruz hot sauce this spring. 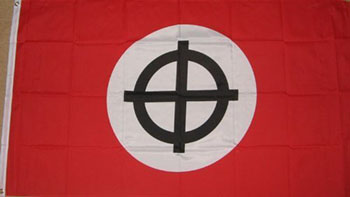 This flag (above) is a neo-nazi favorite, because it bears the white-supremacy symbol (called the sun-wheel or celtic cross) in a Nazi-like colorway and layout. Unlike the swastika, it’s not banned in most European countries, and this one is actually the official flag of the Italian Nazi Party. Like usual, the geniuses who are into this stuff undermined the nudge-nudge-wink-wink of the seller by saying “Great for white supremacists like myself” in the five-star reviews.

It’s “frequently bought with” this other, also-not-very-undercover neo-nazi flag.

To their credit, Amazon almost always takes this stuff down immediately once someone points it out, so you might wanna have a look-see ASAP before it’s gone.