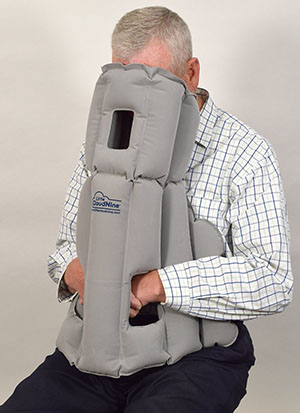 Why choose between looking stylish and taking a nap on public transit when you can do both? 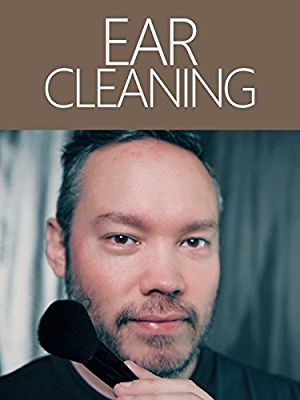 ASMR, or “Autonomous sensory meridian response,” is a lot of words to describe recording yourself making noise on a stereo microphone and then making other people listen to it. This man, who I’ve unfairly yet accurately dubbed Mr. Creepy, makes dozens of ASMR videos. The covers always feature him staring into the camera, the shadow of a grin flashing across his face, as if he knows something you do not, like, perhaps, that he masturbates to the sound of himself scratching and tapping a cardboard box. Or crinkling a plastic bag. Or swishing a makeup brush on a microphone while the microphone is recording. Staring into the camera the whole time, sometimes whispering.

If you feel a shiver run down your spine, it’s not some kind of unique biological stimulation. It’s your brain trying to tell you that someone’s about to murder you.

Make sure you watch a few seconds of the Ear Cleaning ASMR video (pictured above) if you want to grasp the true size of this horror. 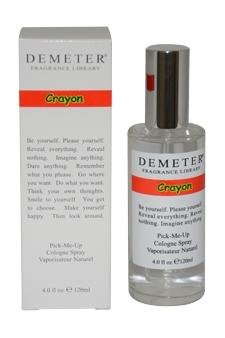 But I’ve always been mystified why you’d want to put on their “Dirt” fragrance. It smells like dirt from the ground. Or “Cannabis Flowers.” Or “Suntan Lotion.” Or “Poison Ivy.” And now they have a “Play-Doh” scent. And “Crayon.” That’s actually what they smell like, too. Who is wearing crayon? Where do you wear crayon?

(autotune voice) IM IN THE CLUB SMELLIN LIKE CRAYON 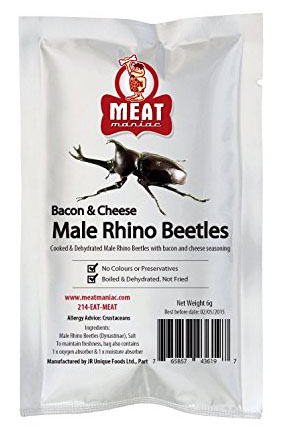 Spoiler alert: Bugs don’t taste as good as other food. Not Bacon & Cheese Beetles, and not BBQ Mixed Bugs. You don’t have to buy an expensive little packet of bugs and eat it, now that you know. But you should probably read the five-star review left by “purple guy.” 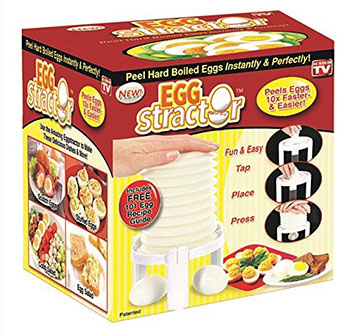 The longer I write here, and the more egg-related items I find, it’s become clear that no one can deal with eggs. The Eggstractor is a plastic contraption that’s supposed to remove the shells from hard-boiled eggs. According to the 124 one-star reviews, though, it doesn’t work. The real reason I’m showing you The Eggstractor is for this random guy’s homemade commercial for the Eggstractor, where he takes two minutes to show you how to use it. It even includes this egg-shaped microwave egg cooker.

Ultimately, though, we have to reflect: what is it about humans that makes eating an egg so difficult? It’s not the egg’s fault. A chicken doesn’t wake up in the morning and hatch a plot to make us create, sell, and then use the Rollie Eggmaster to levitate a turd-shaped cooked egg out of a metal hole. There’s no reason for you to cook an egg in an Egg Genie and then push it into the Egg Cuber to make the egg a cube. You simply go outside, pick the chicken up, and as the egg slides out, you catch it in your mouth, crunching it, and then spitting the shell out as you would a sunflower seed. 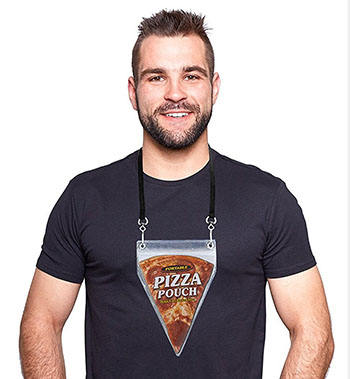 “Holds Your Backup Slice,” brags Pizza Pouch. It is, completely believably, “frequently sold with” these. Which is probably easier to integrate with an outfit than these pants. 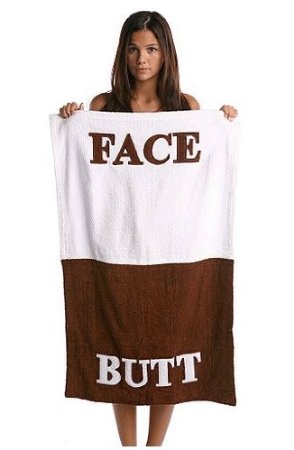 This soap has “BUTT” on one side and “FACE” on the other. So you don’t get your butt germs on your face. Except that, according to studies, your face actually has more germs on it than your butt. Whoops!

The “Face Butt Towel” operates on the same principle, keeping your face germs from going on your butt. Even though you use a bath towel AFTER you wash. So I guess it keeps your face clean from getting on your butt clean.

My favorite of these items, though, is the “Face/Ass Sponge”, which not only doesn’t keep germs from your face and butt separate, but stores them inside the sponge, incubating them in your hot, moist shower for day after day, handy for redistribution onto the face or butt of your choice.