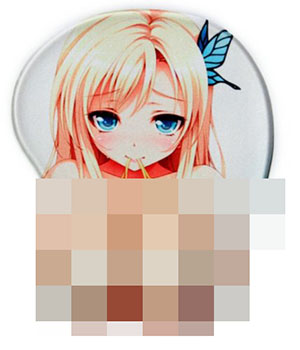 I can only show you PART of one of these mouse pads. “Sexy Girl 3D”, above, is an anime girl whose giant breasts form a wrist-rest. But it’s absolutely tame compared to “Make Life 3D Anime Mouse Pad,” whose name belies the fact that it’s a tied-up lady whose spooged-up butt forms the 3-D part of the mouse pad. Or “Perfect Gift Sexy 3D,” which actually prints an anime’s dirt button right in between the 3D buttcheeks. I don’t recommend you click any of those, unless you’ve got a hunger for cartoon butts, or you don’t believe my descriptions.

I do, however, wholeheartedly recommend you check out “World’s Sweetest Sister-In-Law,” a mousepad which contains no bodily fluids. Just the words “World’s Sweetest Sister-In-Law,” printed so large that only one of them actually lands on the mouse pad. It’s calming after those anime horrors. The indifference of not caring what goes on the mousepad pales in comparison to the deliberate detail that goes into an anime butthole.

When the world of $35,000 paintings intersects with the world of people who leave comments online, the results are about what you’d expect.

The fact that one of my favorite painters gets ripped to shreds by the peanut gallery while actual artgarbage goes unscathed doesn’t escape me. 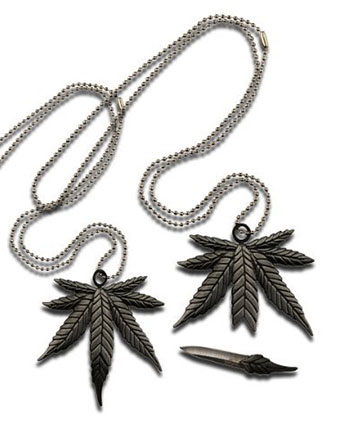 “Chill out? Just because I smoke a ton of weed and I’m very cool, you think I’m going to chill?” Derek shrieked, pulling the tiny knife out of his weed necklace. “I’m not going to chill! I’M NOT GOING TO CHILL!” He lunged at the Arby’s cashier, swinging the knife wildly. “GIVE ME FIVE FOR FIVE, THEN WE’LL SEE WHO’S CHILL!” 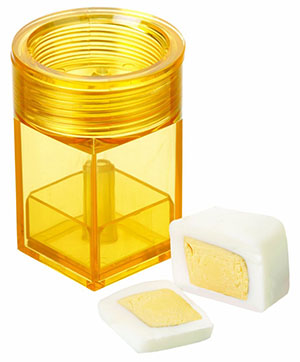 The Egg Cuber allows you to turn a hard-boiled egg into a cube. It doesn’t, however, explain why you would want to do this in the first place.

The Bill Cosby book “The Worst Day Of My Life” isn’t what you think it might be about.

If you like Star Wars, there’s no in between. You can either try your hardest to live your life like an adult human, or you turn to the dark side, shamefully don your C3PO onesie and  live your life inside, bathed in the warm glow of ancient TV shows. And on the days when the C3PO has accumulated too much shame to be worn without skin irritation, there is the Stormtrooper Onesie.

It may not be adult-sized underoos, but until then… Shit, wait, is that a link? There are adult underoos? I think I’ve gone too far. 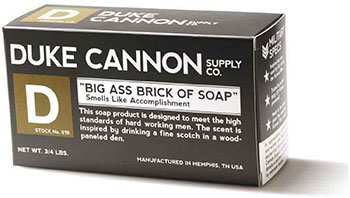 The Duke Cannon Supply Company has made a soap which brags it’s “3x bigger than feminine soaps” and “not for clowns.” So, by inference, according to Duke Cannon, women are “clowns.”

At the same time, their “Hard Working Hair Wash,” at $14 for ten ounces, brags that it has “no harsh sulfates or parabens.” Sounds pretty rugged to me.

Misogyny aside, the idea that a REAL MAN can’t use unisex soap or shampoo is laughable. Wittle boy has to have his pwecious man soap. Awwww. It’s so cute. Want a wittle twuck toy? Your wittle butt hurt? Here, have a Dude Wipe.