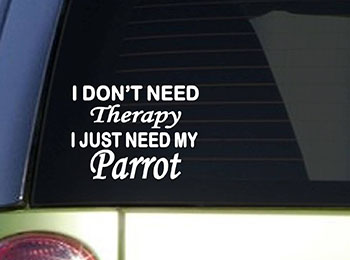 No, you probably do need therapy. At least it’s not as impractical as this replacement for therapy. 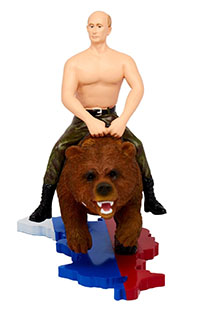 Remember back, long ago, in 2014, how Russia invaded Ukraine, seizing control of Crimea, killing ten thousand Ukrainians and displacing millions more? If you think that was really hilarious and cool, then Putin Riding A Bear might be the toy for you, an adult who’s into toys, and military-based mass murder. It’s even got FAKE ЯЦSSIAИ on the box. How can you go wrong? 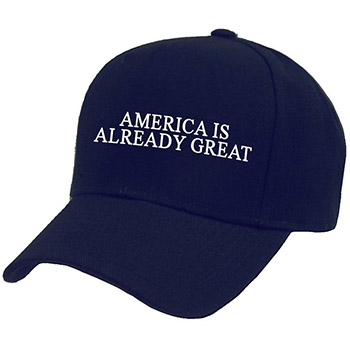 This hat is symbolic of every pallid, limp response the Democrats have to the Republican Party. Instead of changing policy to benefit actual people, they make a Democrat hat to refute the Republican hat, equally false, and equally trivial. The Republicans are fucking us with brooms, and the Democrats brag that they’ve worked hard to reduce broom-fucking by ten percent over the past seven years. We eat hamburgers, or don’t eat hamburgers, for freedom, or to protest freedom. We are all helpless and want and need divine intervention but are only able to conjure men who declare themselves God because their father was rich. Every meaningful social movement is kneecapped by the hyper-wealthy, who laugh as our income declines in real terms, as it has for the past fifteen years.

Pick a side. Buy your hat. Argue with your neighbor over how often you want to be broom-fucked. America is exactly as great as you think it is, and will be.

This cat-bank is cute…. unless you’re a real cat. 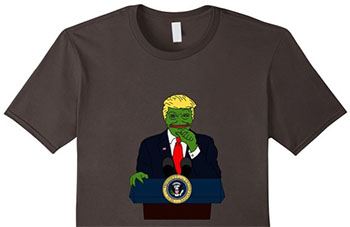 This will make you feel old. And if it somehow doesn’t, this other shirt will definitely do the trick. 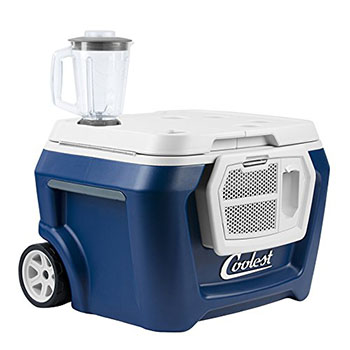 Retailing for a not-at-all-insane price, the Coolest Cooler has a built-in battery-powered blender and Bluetooth speaker. After raising over $13,000,000 from Kickstarter backers, the Coolest Coolers shipped with defective batteries, broken blenders, and coolers that didn’t keep ice from melting.

What should you buy instead of this thing? A normal $20 cooler and an inexpensive Bluetooth speaker? NO. You need Crazy Cooler, the gas-powered all-terrain motorized cooler. 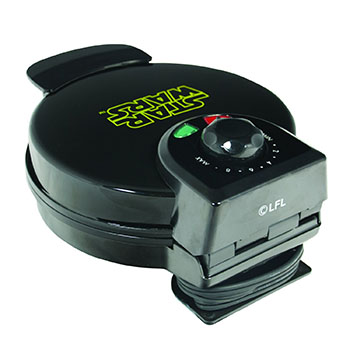 A waffle maker that makes Darth Vader-shaped waffles might, at first glance, employ the classic tactic of combining two things you like in order to take your money. But, if you check out the picture of the waffle it makes, it’s clear that it’s more of a Shitty Pancake Maker than anything else. The job of a waffle maker is to provide a high surface-area-to-volume ratio to give you a crisp waffle, not a soggy pancake.

Check out the cheaper (and best-selling) Presto Belgian Waffle Maker if you need a waffle maker, or a picture of how the inside of a waffle maker should look in order to function correctly. You can write “Star Wars” on the lid if you must. Of course, neither of these will allow you to “barbecue like a Jedi.”