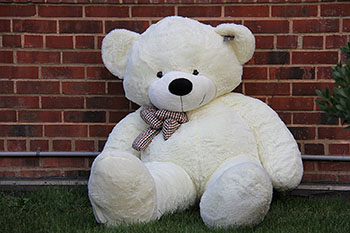 If you haven’t yet seen this “6.5 foot” bear, it’s evident from only one of the manufacturer’s photos (and the numerous customer reviews) that the manufacturer attempts to fools the eye with perspective, and the bear actually has long, dangly legs that make up about half of its height.

If you have already seen the long-legged bear, then this actually-nine-foot-tall teddy bear is worth seeing, if not for the bear itself, then for the manufacturer’s insistence that “you will receive brand new merchandise (that has never been outdoors).” I wasn’t thinking it had been outdoors until you said that, guys. 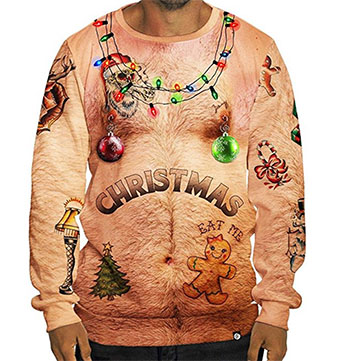 Like The Dad Bag, a fanny-pack designed to make it look like your gut is hanging out from under your shirt, “Sexy Christmas Sweatshirt” gives you the chance to outerwear a caucasian skin covered in hair, and, this time, Christmas tattoos. 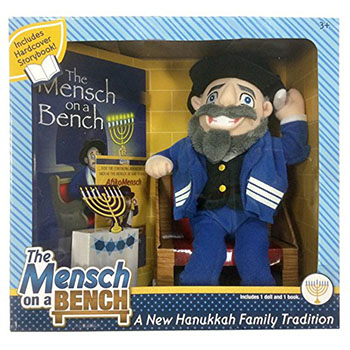 Chag Sameach to all those who celebrate Hanukkah. You’ll be intrigued to see that Mensch On A Bench gives Hanukkah more of what Christmas has got: cheap toys sold as “a new tradition,” in an attempt to Sweetest Day their way into making money. Hanukkah bears less religious significance than Rosh Hashanah and Yom Kippur, but given that it falls around Christmas, and involves gift-giving, marketers have been seizing on it as a chance to build their Christmas sales from a demographic that doesn’t usually spend money on Christmas presents.

Curiously, Elf On The Shelf’s full name is “The Elf On The Shelf: A Christmas Tradition.” Thankfully, as of the time of this writing, there’s no Monk On The Trunk, Prophet On The Soffit, or Brahmin On The Ottoman. 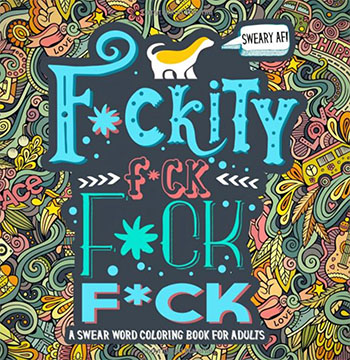 It doesn’t make sense at first – why would someone who loves “fuck” need to censor the word “fuck”? Then it sets in: you probably don’t want to sit at home coloring in the f-word unless it’s titillating to you, and you’re still a little scared of it.

Frequently sold with “Go F*ck Yourself I’m Coloring” and “Calm The F*ck Down: An Irreverent ADULT Coloring Book.” 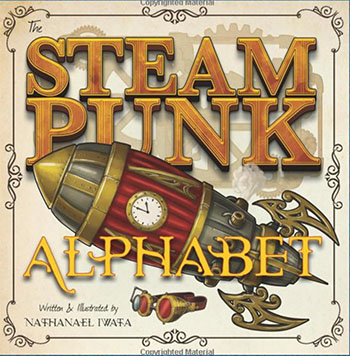 The Steampunk Alphabet, a childrens’ book, may be weirdly dated, since I’m not sure I’ve seen anyone use the word “steampunk” unironically in the past five years. At least it’s not Steampunk ABC, a book that was published a year after Steampunk Alphabet, whose author apparently thought “Great idea! Me too!” upon seeing the first book.

As cringe-inducing as both of these may be, though, neither holds a candle to Baby Loves Thermodynamics, one of a series of books intended to teach advanced physics concepts to toddlers, and which must somehow dodge the implications of the Second Law Of Thermodynamics: that the entropy in the universe is ever-increasing, and that eventually, long after we are gone, its free energy will asymptotically decrease to zero. I guess it beats telling your kids that God is bowling when it thunders. 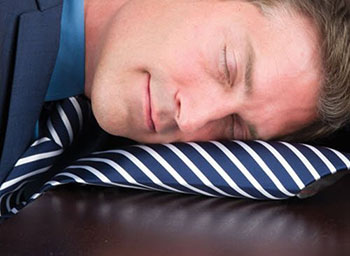 This necktie has a hidden tube, so you can blow into it, to inflate it, to sleep on. I’d like you to @ me on Twitter (@TWTFSale) and let me know whether you think this is better or worse than the clip-on tie that holds eight ounces of liquor. 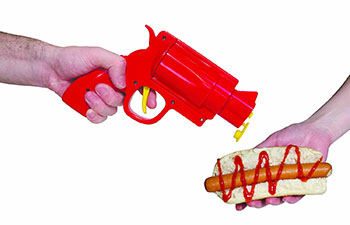 Is a hot dog, technically speaking, a sandwich?

Is ketchup an appropriate condiment for a hot dog?

Leaving aside these two unanswerable questions, the Condiment Gun can be loaded with any viscous condiment, and when the trigger is pulled, it dispenses your ketchup, mustard, mayo, bbq, ranch, or whatever it is you put on your food. Customer reviews are mixed, with some saying it doesn’t work at all, but universally ignoring the fact that using a gun to shoot your food is insane. So is using salt and pepper shakers shaped like shotgun shells, or making ice cubes shaped like handguns. But we’re so far down this path that it’s not entirely clear when or where the cultural slide towards murder even happened, in whole or in part. In 2017, you hang your sign that spells out your name using guns, and give it your best thoughts and prayers that tomorrow you won’t be on the wrong end of someone’s condiment gun.